The announcement follows a week of constructive meetings with customers and partners at AfricaCom 2019 which took place in Cape Town earlier this month. Joining other influential industry players that are driving Africa’s digital transformation, Talia held informational sessions about its latest connectivity solutions for Africa throughout the duration of the show.

In addition to the completion of beta testing in multiple West and Central African countries, Talia announced that it has signed up three additional local resellers to provide fast and reliable Ka-band services to a diverse customer base throughout Africa.

As the access to broadband connectivity remains sought after in many parts of Africa, Talia’s is working alongside governments, ISP’s and carriers to bridge the digital divide by providing affordable high-speed connectivity solutions to different sectors across the continent.

“With low-cost and self-installed antennas as small as 74cm, Talia’s Ka-band platform represents a robust and affordable solution that can reach places where fibre is not yet available, while providing comparable high speeds at very reasonable costs”, says Ayes Amewudah, VP Sales of Talia.

“Bringing a wealth of benefits to users, Ka-band is the most cost-effective way of securing connectivity until terrestrial networks extend further into rural areas. It provides a user-friendly, self-reliant solution that can be deployed anywhere, regardless of the locations or existing infrastructure”, adds Mr. Amewudah.

Being committed to the sustainable and resilient development of sub-Saharans countries, by providing internet connectivity to schools, SME’s and individual consumers, Talia is not only helping bridge the digital gap but also facilitating the social and economic growth of African populations.

Talia is exploring opportunities for collaboration with several other governments and resellers across Central, East and West Africa to deliver its affordable and inclusive Ka-band solution to bring these communities online in a more sustainable and accessible way.

Share
Previous #SpaceWatchGL Column: Reflections on the 2019 APSCC Conference – Putting on a Show in the Land of Smiles
Next Russia’s Roscosmos To Initiate Talks On Kinetic Kill ASAT Ban 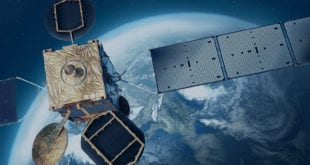 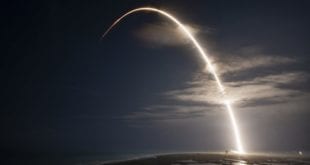