The UAE Space Agency has organised the fourth meeting of the representatives of member states of the Arab Space Cooperation Group on the sidelines of the 16th edition of Dubai Airshow 2019, which was hosted by Dubai World Central on 17 – 21 November.

Dr. Ahmad bin Abdullah Humaid Belhoul Al Falasi, Minister of State for Higher Education and Advanced Skills and Chairman of the UAE Space Agency delivered a speech at the meeting. He stressed the importance of enhancing the Arab cooperation in the space sector, and its role in providing cutting-edge technology to help advance Arab societies and their welfare.

He highlighted the UAE’s efforts in establishing the Arab Space Cooperation Group, and the need to benefit from this important initiative, which enhances the Arab countries’ scientific efforts in the global space sector through consolidating the existing strengths and capabilities of Arab countries under the umbrella of the group.

Dr. Eng. Mohammed Nasser Al Ahbabi, Director General of the UAE Space Agency, gave a presentation on the developments and activities of the Arab Space Cooperation Group since its first meeting in Abu Dhabi earlier this year, including the approval of the regulations, organizational structure, strategic framework, vision, mission, teams and committees charter, approval of the official logo, and the launch of the Group’s website.

The meeting reviewed the latest developments of Satellite 813, which is designed to monitor the Earth and measure the environmental and climatic elements in a number of Arab countries.

Satelllite 813 also aims to monitor vegetation, soil types, minerals and water sources, and measure greenhouse gases, pollution and dust levels. The satellite will be funded by the UAE Space Agency, and will be developed by Arab engineers at the state-of-the-art facilities at the National Space Science and Technology Center at the United Arab Emirates University in Al Ain, for the benefit of the region. The meeting also delved into a number of issues related to the Arab Space Cooperation group, as well as the importance of promoting collaboration between Arab countries in the space sector.

Al Ahbabi, Director General of the UAE Space Agency, said: “This meeting was organized based on our commitment to the success of the UAE’s initiative to establish the Arab Space Cooperation Group. The meeting was held on the sidelines of one of the largest aerospace exhibitions in the world, which asserts the importance of this initiative for the development of the regional space sector.”

“We are laying the foundations and agenda for the coming years, including internal governance structure, election of key representatives of the various sub-committees, and enhancing the Arab Space Cooperation Group’s presence in major international forums and events to ensure the success our projects, most notably Satellite 813,” he added.

The Arab Space Cooperation Group, an initiative that was launched by the UAE earlier this year, is currently chaired by the UAE Space Agency. The Group aims to provide an ecosystem to develop regional skills and competencies to work on advanced projects, and sponsor initiatives and programs to prepare the next generation of space sector leaders in the region.

The launch of the Group coincides with the region’s drive to advance its space sector and related sciences, by establishing national space agencies and launching satellites for commercial, scientific, and educational purposes. The UAE harnessed the expertise that it has developed since the foundation of its national space sector, including its various space projects and initiatives, in order to establish the Group. 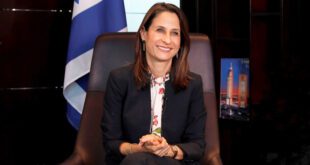 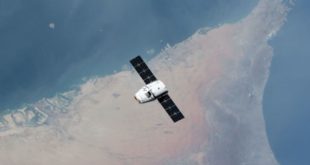 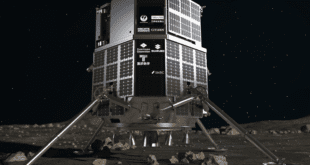