As part of the partnership between SpaceWatch.Global and Laura Montgomery, we have been granted permission to publish selected articles and texts. This is “No Tardigrades Here”, originally published 22 August 2019.

No, a tardigrade is not what you get when you’re late to class.  It’s a microbial “water bear.”  It’s very hardy, and it hibernates.  We learned from Wired that there may be dead ones on the Moon if the disc that housed them survived the crash of the Beresheet lander.

It so happens that I filed a Freedom of Information Act request for the FAA’s payload review of SpaceIL’s Beresheet lunar lander.  The  SpaceIL payload determination has arrived, and is worth a read.  There’s no mention of tardigrades, however, and this post is about the FAA’s payload review.  In it, we see see the FAA’s foray into a planetary protection assessment, for which its statutory authority is not clear.  We also see a touch of jurisdictional creep when the FAA imports a requirement applicable to launch operators and applies it to SpaceIL.

The FAA has somewhat murky authority over the payloads of launch and reentry operators, its licensees.  If the FCC or NOAA doesn’t otherwise license the payload, the FAA gets to stop a launch if the FAA finds that the launch or reentry would jeopardize the public health and safety, safety of property, or national security or foreign policy interest of the United States.  51 U.S.C. 50904(c).  The FAA does not, however, get to tell payload operators what to do about their payloads.  Congress was clear on that point when it delegated authority over reentry to the FAA.

in 1997, the House Committee Report reminded the FAA that the agency was not to regulate activities on orbit:

The original Act intended that a launch ends, as far as the launch vehicle’s payload is concerned, once the launch vehicle places the payload in Earth orbit or in the planned trajectory in outer space. The Committee wishes to make clear that the Secretary [of Transportation and by delegations the FAA] has no authority to license or regulate activities that take place between the end of the launch phase and the beginning of the reentry phase, such as maneuvers between two Earth orbits or other non-reentry operations in Earth orbit; or after the end of a launch phase in the case of missions where the payload is not a re-entry vehicle. 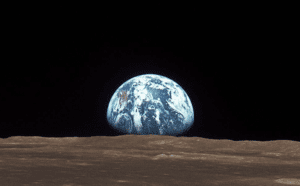 This seems clear.  Mostly, the Committee was intent on ensuring that the FAA did not regulate reentry vehicle like — SpaceX’s Dragon — activities on orbit.  The Committee made sure, however, to clarify that other payloads also fall outside the FAA’s authority to license or regulate.  So, the FAA may stop a launch because of the payload jeopardizing the launch or reentry, but not tell the payload operator what to do.  In other words and under a literal reading, if the payload is full of hydrazine and the launch goes over someone else’s continent, the FAA could stop the launch because of the payload jeopardizing the launch’s safety.

The FAA asks for information about a payload under 14 CFR 415.59(a), requesting the following:

(1)Payload name;
(2)Payload class;
(3) Physical dimensions and weight of the payload;
(4)Payload owner and operator, if different from the person requesting payload review;
(5) Orbital parameters for parking, transfer and final orbits;
(6)Hazardous materials, as defined in § 401.5 of this chapter, and radioactive materials, and the amounts of each;
(7) Intended payload operations during the life of the payload; and
(8) Delivery point in flight at which the payload will no longer be under the licensee’s control.

According to Wired, the Arch Mission Foundation, which put the tardigrades one board, did not tell anyone about the tardigrades.  It does not appear to have told the FAA.  Instead, SpaceIL disclosed its hazardous materials, its intended mission of landing on the Moon and sending back images and video and performing magnetic measurements.

It is interesting that the FAA performs a planetary protection review (which might have been where it would have assessed the tardigrades had it known about them).  I’m not so sure, however, that doing so would have been appropriate.

The FAA noted that SpaceIL described its mission as “Mission Category II in accordance with” NASA’s Planetary Protection Mission Categories.    Additionally, the FAA referred to its plans to monitor SpaceIL prior to launch to verify “the execution of contamination control measures.”  I wonder whether SpaceIL addressed planetary protection voluntarily or whether the FAA asked it for the information.  The FAA’s regulations listing the information it requires do not show anything about planetary protection, which raises a number of questions.

Does the FAA have the authority to enforce planetary protection, especially against payloads, when Congress has declined to grant the FAA regulatory authority over payloads?  The FAA’s authority to stop a launch is limited to doing so for concerns over public health and safety, safety of property, etc. of the launch itself.

Is the FAA attempting to enforce Article IX of the Outer Space Treaty?  May it?  Is it enforcing the right thing if it is?

The first reason to question the applicability of the so-called “planetary protection” provision is that the treaty itself limits this requirement, like many others, to “States Parties.”  States Parties are governments.  When the drafters of the treaty intended a particular provision to apply to non-governmental entities they said so, but did not say so here.

Secondly, even if it applied to the commercial sector, Article IX’s harmful contamination provision is not self-executing. It requires the legislative branch, Congress, to make numerous policy judgments, such as whether the goals of space science or space settlement should preempt one another or may be pursued together.

Lastly, Article IX, rather than requiring NASA’s version of planetary protection, warns against harmful contamination.  As a science agency that is part of the U.S. Government, NASA has interpreted Article IX of the Outer Space Treaty to mean that the agency’s own missions must not only avoid what the ordinary person might consider harmful contamination—no toxins, no Agent Orange, no peanuts—but microbial contamination as well.  Going by legislation telling NASA to encourage human habitation in space and on Mars, Congress doesn’t think that microbes are harmful contaminants.

Another odd element of the FAA’s review is that it appears to treat SpaceIL as a licensee.  It is not.  Congress charged the FAA with licensing launch and reentry, not payload operations.  Nonetheless, the FAA described SpaceIL’s last act of control as if it were the licensee:

The FAA’s actual licensee was SpaceX, the launch operator that carried the lunar lander off of Earth under FAA license.  Under the FAA’s own rules, the last information it gets to ask for is the “delivery point in flight at which the payload will no longer be under the licensee’s control.”(Emphasis added).  In this situation, the licensee was SpaceX, not SpaceIL.

The original can be find here – https://groundbasedspacematters.com/index.php/2019/08/22/no-tardigrades-here/ published 22 August 2019. Rights reserved – this publication is reproduced with permission from Laura Montgomery

Bio: Laura Montgomery teaches space law at Catholic University.  She practices space law in private practice, and has testified to Congressional space subcommittees on legal questions. She spent over two decades with the Federal Aviation Administration, where she served as manager of the Space Law Branch in the Office of the Chief Counsel. She also writes science fiction.