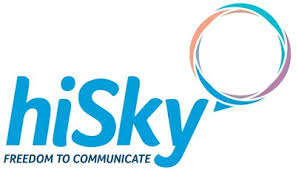 An innovative company looking to make satellite communications more accessible and affordable is set to create over 100 high-tech jobs in London and Oxfordshire.

The Israeli company hiSky has established a UK limited company – hiSkySat Limited – based in London, with an R&D centre at Harwell to develop a satellite communications network management system (NMS) and operation centre.

The UK Space Agency provided GBP 9 million of funding for hiSky to develop cutting-edge space telecoms technology at the Harwell Space Cluster, which is growing fast and already home to more than 90 space companies.

Part of the new project will integrate and develop 5G networks into their ‘Smartellite’ satellite receiving terminal and carry out a demonstration to show how it can connect seamlessly between different satellites and operators.

This will help roll out the next generation of Internet of Things technology, connecting machines and vehicles around the world and enabling remote monitoring of infrastructure such as power lines and wind turbines.

“Our world-leading universities, modern regulatory environment, growing R&D spend and support for UK spaceports make this a great place to build a space business and create the high-skilled jobs of the future.”

The UK Space Agency funding is allocated through the European Space Agency (ESA). This is targeted to support the development of hiSky’s satellite receiving terminals, operations and management software for the devices and to help establish hiSky as a Virtual Network Operator – a supplier of network services using existing infrastructure – in the UK.

Shahar Kravitz, CEO of hiSky, said: “We are honored to be partners with the UK Space Agency. It is our privilege to establish the first real low-cost global Virtual Satellite Network and to do it in the UK. hiSky’s cutting edge technology and solution was developed in order to meet with the consumers needs and can easily adjust to different satellite operators, including forthcoming Low Earth Orbit telecoms constellations.

“The UK Space Agency and Department for International Trade have been very supportive of our technology and our concept from the beginning. We are grateful for the chance given to us and look forward to grow within the UK.”

ESA is independent of the European Union and has its European Centre for Space Applications and Telecommunications (ECSAT) in Harwell, Oxfordshire, reflecting the UK’s world-leading position in satellite communications.

Magali Vaissiere, ESA Director of Telecommunications and Integrated Applications, said: “Innovation and collaboration are the keys to keeping European industry at the forefront of the highly competitive global market for satellite communications. This is a great example of how partnering between the public and private sectors can drive the development of world-leading innovation.”

Earlier this month (4 June) the government announced ambitious plans for the UK to lead the new space age, including further support to enable small satellite launch and the creation of a new National Space Council to strengthen UK space strategy.

The UK’s investment in the ESA programme for telecommunications research and business applications (ARTES) has helped bring world-leading companies to the UK such as OneWeb and SatixFy.

The UK Space Agency, ESA and the Department for International Trade have worked together to bring hiSky to the UK.

The Harwell Space Cluster has grown by 19% over the past year, employing 950 people in 89 organisations including RAL Space, Oxford Space Systems and the Satellite Applications Catapult.