In a textbook example of how cyber activity is often a mirror of geopolitics, a Turkish hacktivist group called Ayyildiz Tim has been accused of hacking and then hijacking the social media accounts of prominent U.S. journalists to spread messages in support of Turkish president Recep Tayyip Erdogan.

These cyber incidents come at a time when U.S.-Turkish relations are perhaps at their lowest ebb since the end of the Second World War, and when Turkey is struggling through an economic crisis that most Turkish and international economists argue has been largely caused by Erdogan’s own disastrous economic policies.

This has not stopped, however, Erdogan from singling out the United States as the sole cause of Turkey’s economic woes, deliberately conflating the crisis with ongoing disputes with the U.S. over the Turkish detention of an American pastor and the refusal by Washington, DC, to hand over to Turkey the exiled cleric Fethullah Gulen who Erdogan accuses of engineering the attempted coup in Ankara in July 2016.

The Ayyildiz Tim hacktivists were uncovered by U.S.-based cyber security company CrowdStrike, who claim that they recorded the actual takedowns by the group of the social media accounts of American journalists Vanessa Friedman of The New York Times, Tom Keene of Bloomberg, and Elizabeth MacDonald of Fox News. Interestingly, while Keene and MacDonald have been covering for their respective outlets the ongoing economic crisis in Turkey and its deteriorating relations with Washington, Friedman is a fashion journalist who has not covered Turkish politics or economy.

Adam Meyers, the CrowdStrike vice-president for intelligence, told U.S. business news outlet CNBC that Ayyildiz Tim “claim their activity goes back to 2002…They’ve made attacks on a number of entities that they believe are hostile towards Turkey or critical of Turkey. This is a particular group we have been tracking for quite some time.”

According to Meyers, CrowdStrike have uncovered messages online that suggest that Ayyildiz Tim are possibly connected to, and supported by, security forces loyal to President Erdogan.

Hacktivists are individuals or groups who employ basic, yet often illegal, hacking and online manipulation techniques in support of a political cause or issue. Common tactics used by Hacktivists against their targets include Distributed Denial of Service (DDOS) attacks, website defacement, social media hacking and hijacking, and manipulative techniques such as trolling and doxing – where personal and private information of a target individual is posted online. 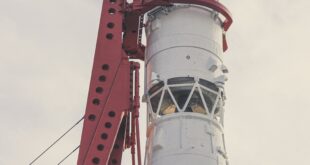 #SpaceWatchGL Opinion: Geopolitics of investing in the space domain – beyond war and peace 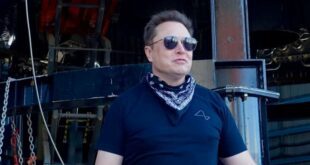