Proton Rocket: Still Some Future Ahead

Dmitry Rogozin’s recent announcement of the end of the Proton program caused quite a lot of controversy. People started talking about the Proton era coming to a close, about Russia being left only with the Angara rocket to rely on and how the last commercially successful rocket had been done in. But it would be wiser not jump at conclusions, but instead to first analyze the announcement in order to be able to understand the new Roscosmos’ chief’s message behind it and if it should be comprehended as an uncompromising and immediate abandonment of the Proton launch vehicle.

‘This is the task: in order to fulfill the contracts we’ve already signed, we must manufacture the necessary number of our legendary Protons and then we will close down the project. After that we will be launching exclusively on Angara’, Rogozin said, without naming a closure date, even tentatively.

‘We’ll know the date when the situation committee on the Khrunichev center finishes its work. They are to come up with a time frame for transfer of the manufacturing facilities to Omsk, which would enable us to fully focus on Angara’.

One could try and figure out an approximate closure date. First, one needs to know who the main customers for Proton launches are. Despite this launch vehicle being one of the most successful commercial Russian rockets, it is in the highest demand from the Ministry of Defense launching military satellites and the Russian Satellite Communications Company (RSCC). As many as nine communication satellites are scheduled to be launched under government contracts within the next few years.

If we also add scientific and military contracts, which normally get no publicity until a few months prior to launch, we end up with at least another twenty Proton launches under government contracts. Taking into account the current launch rate and the general slowdown of rocket manufacturing, we can expect Proton to be utilized for another three or four years.

However, if we assume that the manufacturing of Angara fails to start at the Omsk plant within the timeframe specified previously, and this is very likely to happen, then Proton might get another few customer orders. Thus, Proton will be around until at least 2020, when the ExoMars-2 international mission to Mars is scheduled to be launched that will include a lander and a rover.

Quite obviously, the Proton program can’t be discontinued for another few years, even if someone really wanted that to happen. Likewise, the transition to Angara will be impossible within this time frame either. Optimistically, one might expect the next Angara launch to occur in 2020, without regard to the usual rescheduling of launch dates. And we are talking about a single launch event. The plant is going to require another few years in order to launch mass production of the rocket, which, in turn, will be possible if there are no failed launches.

So, what is the bottom line? There is currently neither a possibility, nor a willingness to discontinue Proton. Why then announce its end? The only plausible explanation is that it has been done to set the priorities, rather than to inform the media. It’s been done for internal purposes.

Up until recently there were reports in the media about possible development of new Proton modifications, including light versions that would be able to compete with the currently utilized Soyuz launch vehicle. But such modifications require time and money, neither of which Roscosmos has aplenty. Moreover, all such modernization efforts will probably be terminated following Rogozin’s announcement. It only makes sense to continue to develop Angara as Roscosmos has clearly placed its bets on this particular rocket.

No matter what, Proton will continue to fly. Despite all its criticism, especially in regard to its unsustainability (Proton uses unsymmetrical dimethylhydrazine as fuel, which is toxic), its relatively high failure rate (which holds only for its early modifications), Russia simply has no alternative heavy-duty launch vehicle as yet.

It is also very clear why the Roscosmos top management bets on Angara. The reasons for this are obvious: this move will gain the Russian space industry independence from the Kazakh partners after the launch pad has been constructed at Vostochny. In addition to that, there’s a clear desire not to have to create an impression that the last fifteen years in the space industry have come to naught in terms of new projects. At least theoretically, Angara can boast better upgrade capability, in part due to more modern technical solutions incorporated in its development. Given the current tendency of Roscosmos to lean towards national and military priorities, Angara makes for a much more convenient vehicle than the commercially successful, but outdated Proton rocket.

Unfortunately, Roscosmos’s long-term strategic goals as posited by the corporation’s representatives may sometimes appear elusive. As a vivid example of this, we can recall the so-called ‘war by correspondence’ between RSC Energia and Roscosmos specialists that took place a few years ago, when numerous contradicting visions of a crewed interplanetary mission leaked to the press. More specifically, the argument was about the most optimal mission profile and the relevant technology for a human mission to Mars. This could be interpreted as a lack of common vision and agreement within the state corporation. It would be therefore problematic to make a forecast for where the Russian space industry might go in the future. That said, Proton will undoubtedly remain in demand at least for the next few years. 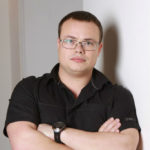 Mikhail Kotov graduated from the Saint Petersburg State University of Economics and Finance in 2004 with a major in strategic consulting. He has worked as a journalist since 2012 writing on modern technology and military technology. He has been a science writer at Life.com since 2016 and a Forbes contributor since 2017. Mikhail also writes for WARHEAD.SU.