Iran Space Agency Says All Satellite Projects Funded Through To 2019

The head of the Iran Space Agency (ISA), Morteza Barari, announced on 3 June 2018 that all current Iranian satellite projects are funded until the end of the Iranian fiscal year ending 21 March 2019.

Speaking during a visit to a facility where several satellites are being constructed, Barari told reporters that, “there are several satellite projects currently carried out by academic and research centers in the country, which are expected to get completed before March 2019, or a short while after that.”

Barari suggested that there may also be funding for new satellite projects and expressed his hopes that the current satellite builds will go a long way to fulfilling Iranian space ambitions. He also emphasized that the Iranian space programme remains a priority of the ISA and the Iranian Ministry of Information and Communication Technology (ICT).

Among the Iranian satellites still in development are the following:

Nahid-2 (Nahid is Farsi for Venus) is the successor to the Nahid-1 satellite that was expected to have been launched by March 2017, but as yet is still awaiting a launch date.

Nahid-1 was originally scheduled to be launched in 2012, and has folding solar panels. Nahid-1 is designed and jointly manufactured by the Elm-O-Sanat University Metro Station in Tehran and the Iranian Space Agency’s Aerospace Research Institute. Nahid-1 will weigh about 55 kilograms and operate in the Ku-band.

Nahid-2 will weigh approximately 100 kilograms and will be 64 by 64 centimetres in size, and is supposed to be placed in geosynchronous orbit (approximately 36,000 kilometres altitude) in 2018. SpaceWatch Middle East reported in March 2017 that the Iran Space Agency has applied for five orbital slots in that orbit with the International Telecommunications Union (ITU) in Geneva, Switzerland.

The Amir Kabir-1, also known as AUTSAT-1, is a remote sensing satellite that weighs 70-80kg with a resolution of about 80 metres, and is designed to provide post-disaster surveillance (such as earthquakes) and agricultural applications. Amir Kabir-1 is designed by the Amir-Kabir University of Technology, and is being manufactured by the university and by a company called Iran Aerospace Industries Organisation. 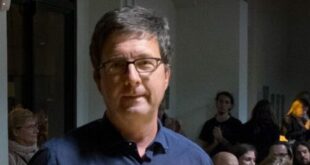