The above, mischievous words, “There is life on Mars: we put it there”, are on the part of the renowned NASA Astrobiologist and member of ISU’s faculty, Dr. Chris McKay.  The reality is that we humans, via our early – and unsterile — Martian landers have already contaminated the Red Planet.  Yes, we have; yes, we have!

The SSP is a long-established, nine-week, itinerant (international) program for Graduate Students started in the late 1980s by three idealistic students. They proposed a noble institution devoted to the study of Space (thereafter, ISU) for humanity and, most notably, for peaceful intentions.  And, for the most part, the institution has progressed impeccably this way.

Today, ISU’s SSP has assorted Departments, e.g., Engineering, Human Performance in Space, Applications, Humanities, etc.  However — and most inspiringly – our Participants are encouraged to join a department unrelated to their areas of immediate expertise.  In the case of the Space Science Department, the majority of the 13 departmental participants were ‘old-school Engineers’.  A Physician, an Economist and an Astrophysicist were the significant and spirited exceptions.  But, to paraphrase Dr. Samuel Johnson, the 18th Century Writer and pioneer of the modern dictionary, it was a case of: “Heterogeneous backgrounds, yoked by Space together.”  Therein lies the rub!

Clearly, Space Science is preposterously diverse and covers virtually everything one can contemplate: the birth, and potential death of the universe, the nature of solar systems, the emergence and distribution of life universally, the fundamental forces and particles that constitute the cosmos, the chemical evolution of the galaxies, etc.  Can any Teacher at ISU, or elsewhere on the planet, cover such diversity in a mere 3-4 weeks?  Not at all!  Indeed, our spirited and brilliant colleague, Prof. Carl Sagan (RIP), who supported the fledgling ISU in the 1980s, would acknowledge that describing the universe in mere weeks is not a trivial matter, neither scientifically, philosophically nor otherwise.  Hence, The Space Sciences Department identified and focussed on tangible areas in the context of our participant’s limited time at ISU.  For example…

The Sun is an active star and provides most of the requisite energy for life on Earth.  Clearly, one needs to understand

the Physics sustaining this relationship, e.g., nuclear fusion, the nature of the solar wind, solar flares, coronal mass ejections (CMEs), etc.   Indeed, how would our world – reliant on technology – react to a massive, geomagnetic superstorm, akin to the Carrington Event of 1859?  This was the theme of the three departmental White Papers (learned documents with the objective of informing policymakers and others in positions of high authority).  The spirited White Paper teams proposed pragmatic and original measures to counteract potential, international mayhem associated with telecommunications, power generation, banking, and insurance.

Is there life on Mars?  This question is always debated at ISU and can be traced back to the founding of our university and some of its first supporters, e.g., the late Drs. Gerry Soffen and Carl Sagan.  The theme was revived this summer with several, Martian events.  They included a hunt for magnetotactic bacteria in the streams and ponds of Lisbon, as well as an outstanding panel discussion (“Is there life on Mars?”) featuring Prof. Pascale Ehrenfreund of ISU, Dr. Pete Wordon (Breakthrough Initiatives, Luxembourg), Dr. Schwenzer (“AstrobiologyOU”, UK), Mr. Jordi Sandalinas (Space Lawyer, Barcelona), Dr. Zina Martins (IST, Lisbon) and Dr. François Spiero (Services du Premier Ministre, Paris).

Other departmental highlights included Professional Visits to local astronomical observatories, an Experimental Microgravity Workshop, and an Astrobiology Q+A session with Dr. Chris McKay (NASA Ames).  All in all, a memorable session with outstanding participants!

Hugh Hill is Professor of Space Science at ISU’s Central Campus in Strasbourg. His first encounter with Space was when his parents brought him to nearby Armagh Planetarium, Ireland, to hear Sir Patrick Moore (1923-2012), then Director, give a talk about the night sky.  Hugh holds a Ph.D. in Astronomy from Institut d’Astrophysique Spatiale (CNRS), Orsay, and Muséum National d’Histoire Naturelle, Paris.  Hugh also holds a M.Sc. awarded for meteorite research completed at the Universities of Dublin (Trinity College) and Cambridge.  He was formerly employed at Armagh Planetarium (1986-1994), and was later an Associate Lecturer in Astronomy and Planetary Science with The Open University (1995-1998). Prior to coming to ISU, he spent almost four years as a Fellowship Holder at NASA Goddard (1999-2002) working on the Physics and Chemistry of astrophysical dust. Hugh’s research interests include: Astrobiology, Astrochemistry, Experimental Microgravity and Hypersonics. 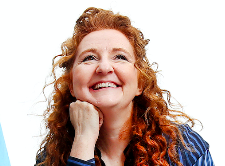