Edinburgh, 26 August, 2021. – Ispace unveiled its next generation lunar lander, Series 2, which the company will first use for its third lunar mission.

The lander is 2.7 m tall and 4.2 m wide, including its legs. The new series is therefore larger in both size and customer payload capacity than the first-generation model, Series 1. The lander successfully passed a preliminary design review earlier this June, the company said.

The Japanese company is planning to design, manufacture, and launch Series 2 in the U.S., it said. Development will go ahead in partnership with General Atomics Electromagnetic Systems Group (GA-EMS) and Draper. GA-EMS will handle assembly, integration and testing while Draper is providing the lander’s guidance, navigation and control system.

Series 2 is designed to deliver payloads to lunar orbit and the lunar surface. The lander has a payload design capacity of up to 500 kg compared to the 30 kg of Series 1. This capacity can be changed to up to 2,500 kg for missions where payloads are exclusively for lunar orbit. The modular payload design with multiple payload bays allows for flexibility and optimization. The company aims for the model to be one of the first commercial lunar landers capable of surviving the two-week lunar night.

Series 2 also has the ability to land on either the near side or far side of the Moon, including polar regions. It is equipped with precision landing technologies to ensure extraordinary accuracy during descent. Its propulsion system will use 5 pressure-fed main engines and 12 reaction control thrusters to maintain proper orientation. The lander also has an engine-out capability to ensure payload delivery even in the event of an engine loss. ispace’s Mission 1 and Mission 2 are planned for 2022 and 2023 respectively, with Mission 3 to follow in the first half of 2024.

Share
Previous #SpaceWatchGL Opinion: UAE – Through the Deserts and into Space
Next Blue Origin tests Jarvis tank in Cape Canaveral 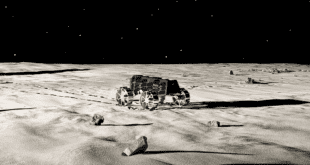 ispace receives license to conduct business activity on the Moon