After months of silence, last Friday saw an update on the dearMoon selection. Yusaku Maezawa, the Japanese billionaire who purchased a SpaceX Starship flight around the Moon, currently scheduled for 2023, has shared an applicant sneak peek on his YouTube channel. According to the description, the video does not indicate who will be in the final crew.

The selection process started in March when it was announced that the entrepreneur will be looking for 8 crew members from the general public to join him on the circumlunar space trip. Since then, the selection process has been secretive, with only a  limited number of public updates. According to Maezawa’s Twitter, the selection process is “coming close to the end.” The video features just over 30 applicants, down-selected from the initial 1 million candidates.

In the video dominated by US applicants, one of the two Brits representing the UK among the featured candidates is Matej Poliacek. The space engineer who currently works for the German Aerospace Centre (DLR) as a flight operations engineer for the European module Columbus of the International Space Station (ISS), is also the sole representative of his birth country Slovakia.

Like the other finalists, Poliacek was asked to produce a 1-minute video as a part of the selection process. “In my video, I chose to focus on inspiring and promoting STEM education. Many of my former colleagues currently work on projects both within and outside of the space industry. These include projects that focus on understanding climate change or technologies that will help us combat it – so there’s definitely a broader benefit to motivating future generations to study STEM subjects, even if the space sector is only the initial impulse,” added Poliacek.

“The sneak peek focuses mainly on artists and photographers, which is in line with the original intention of Yusaku Maezawa announced at the very beginning,” said Poliacek. Since then, the billionaire also extended the invitation to anyone who will help people and society by flying on this trip. Having previously experienced 14 days of isolation as a part of a 5-member crew during a lunar analog mission – a research simulation of what living on the Moon will be for future astronauts – as well as working with the systems and payloads of the ISS, Poliacek says he feels ready to focus on the technical aspects of the expedition if selected.  “To me, that’s a very clear assignment. Space research has brought us innovations people use in their everyday lives, most of the time without even realising it. My goal would thus be to tap into the scientific potential of this flight, and to bring along experiments to study microgravity, the Moon, and the crew in-flight, just like we do on the ISS” said Poliacek. “There are a lot of experiments waiting their turn to fly to space. The details of course depend on the profile of the mission, but even with limited payload capacity, there are many non-invasive physiological tests that can be performed to understand the effects of microgravity on humans on this trip.”

Poliacek acknowledged that the competition is fierce. “Since the focus is mainly given to artist candidates, it is difficult to gauge my chances to be selected as an engineer. However, having made it this far is really motivating, especially considering the huge number of applications dearMoon has received.” The announcement date for the final dearMoon crew is currently unknown.

Space tourism is experiencing an unprecedented boom, with the CEO of Virgin Galactic’s Richard Branson flying to the edge of space earlier this month and his Blue Origin counterpart Jeff Bezos planning to follow suit in the coming days. However, the response of the general public has been mixed at best. Observers have warned about the negative impact on the overall space industry this backlash could have, with several journalists highlighting the benefits space applications bring humanity, in an attempt to offset the negative press.

“This trip is the most ambitious crewed flight since the Apollo era, and therefore an incredible research opportunity,” says Poliacek. “I think having somebody on board dedicating their time to conducting scientific experiments and collecting data during the trip would help greatly in justifying such voyages to the general public. Such communication of technological and research advances is what I’ve been missing from the current space tourism efforts.” 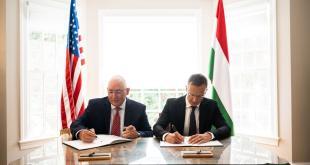