IGLUNA project presentations take take place from the 10th of July until the 19th July, live on YouTube. In one academic year, more than 150 students from 10 different countries have gathered their knowledge around the IGLUNA program to design technologies for human survival in space. Several experts and representatives of the European Space Agency (ESA) will join them for public lectures and official ceremonies.

The public will have the opportunity to attend more than 25 online events around the future of space technologies and humanity in new living conditions. The teams will each have one hour at their disposal to explain their project to the public and space experts. The public will discover the ideas in a didactic way and will be able to interact live with the students through the YouTube chat.

Jan Wörner, Director General of the European Space Agency (ESA), will officially open the campaign at the inauguration. He will also attend the presentations of the three “IGLUNA Space Award” winners, given to the teams that have done an excellent job throughout the year and shown remarkable motivation and involvement particularly during the virtual campaign. The Swiss Space Office, a division of the State Secretariat for Education, Research and Innovation in charge of promoting the Swiss space policy, will also attend official ceremonies.

In addition, six experts have been invited for public lectures: Swiss astronaut Claude Nicollier, Fabien Jordan (CEO and Co-Founder of Astrocast), Philippe Ludivig (Rover Navigation Engineer at ispace), Sylvain Chaty (Professor of Astrophysics at University Paris) as well as Timon Schild and Sebastian Lorenz (ESA engineers). They will address topics related to the colonization of space and the challenges that accompany this new era. Finally, German astronaut Alexander Gerst will present his latest mission aboard the International Space Station and will exchange with the public and students during a Q&A session.

The second edition of IGLUNA, A Space Habitat with Remote Operations, is coming to a virtual end. For one year, the international teams from different disciplines have been working together to cover all the research areas necessary for human survival: space habitat structures, production of oxygen, food and electricity, navigation and communication with the Earth, maintenance of physical and mental health, as well as scientific experiments.

IGLUNA is an activity coordinated by the Swiss Space Center implemented in the ESA_Lab framework to foster interaction between universities and support the next generation of space experts. IGLUNA offers hundreds of students the opportunity to participate in an international, collaborative project on a visionary space topic: A Space Habitat with Remote Operations.

Share
Previous UAE’s Mars Mission to aid aerospace development
Next #SpaceWatchGL Op-Ed: Australia and the US in space—ready for lift-off? 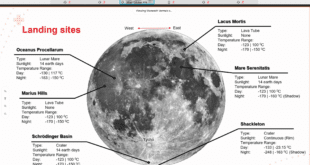 IGLUNA shooting for the Moon 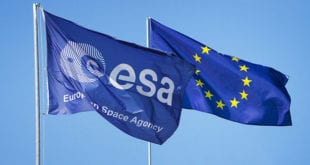 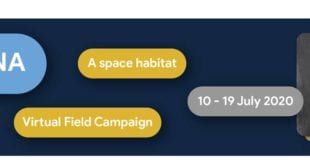