Spiral Blue partners with SatRevolution for in orbit demonstration mission

Spiral Blue has signed an agreement with Polish satellite manufacturer SatRevolution to launch and test their first prototype Space Edge Zero (SEZ) computer in orbit. Their SEZ computer will be hosted by SatRevolution’s SW1FT satellite, set for launch on a SpaceX Falcon 9 no earlier than December 2020. Following in orbit qualification, the SEZ will be tested throughout 2021.

This mission will be more than just a technical demonstrator to prove that SEZ works in space. SatRevolution’s SW1FT will also be carrying an optical payload capable of capturing RGB imagery at 6m resolution. This imagery will be passed to SEZ, allowing SEZ to take in and process earth observation imagery in real time. They intend to test a variety of algorithms on these images, such as our Vessel Detect AI. This gives them the opportunity to do a full end-to-end test of Space Edge computing from both a technological and commercial perspective – taking images, processing them, and delivering the processed data.

Early development of Space Edge Zero began in August 2019 when Spiral Blue was awarded the Minimum Viable Product Grant from the NSW Government. This grant project saw testing of the various components that will make up Space Edge Zero, including running and testing representative algorithms on representative hardware, thermal testing in vacuum, and radiation testing. Since completing this grant project, Spiral Blue has been focused on building a fully integrated prototype of SEZ. They anticipate completing an initial engineering model in the coming weeks.

Satellite images are used around the world to drive decision making around areas and objects of interest. Industries that use satellite images include defence, agriculture, utilities, and financial services. However, said images must usually be processed heavily to deliver the necessary insights desired by the end customer. This may take the form of a report, or a set of analytics. Space Edge computing allows this processing to happen on the satellite, rather than on the ground. Any satellite equipped with Space Edge can deliver only what the client needs, rather than large quantities of raw data. This provides benefits in flexibility, lead time, and affordability. Spiral Blue is developing earth observation services that can leverage Space Edge. They invite other earth observation services companies to join them in using the Space Edge platform.

SatRevolution is a new space company based in Wroclaw, Poland, offering complete nanosatellite systems and solutions. Founded in 2016 with the idea to build and launch first Earth-observation constellation in Poland, SatRevolution has recently been co-funded by European Regional Development Fund for the first stage of the constellation. The company specializes in CubeSat and Microsatellite platforms and services with Earth-observation capabilities, with two satellites already in orbit and a number of dedicated and shared platforms on track for launch in 2020. 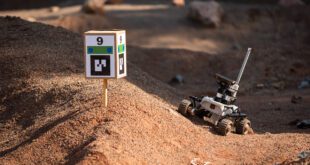 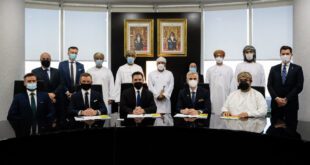