AAC Clyde Space played an integral role in Glasgow’s emergence as a global hub for satellite manufacturing and built the UK Space Agency’s first national satellite, which was launched in 2014. The company’s expertise in space systems will now play a vital role in supporting the UK’s plans to become Europe’s leading small satellite launch destination.

The UK Space Agency is funding a number of industry-led projects to help grow the UK’s commercial spaceflight capabilities and develop the technology and infrastructure required to enable launch. One such project involves US company, Moog, who are developing a Small Launch Orbital Manoeuvring vehicle (SL-OMV) in Reading, Berkshire, on behalf of Lockheed Martin. Moog has selected Glasgow-based AAC Clyde Space to develop a new solar panel to power the vehicle in a contract worth £340,000, with the first flight mode due for delivery in 2021.

“This is a great example of how the UK government’s spaceflight programme is using national and international expertise to establish a strong and competitive commercial space launch industry in the UK” said Ian Annett, Deputy CEO of the UK Space Agency. “Scotland is home to a number of potential spaceport locations and some of the UK’s most innovative space companies, and the whole country will benefit from our ambition to make the UK the best place in Europe to launch small satellites.”

Moog’s Orbital Manoeuvring Vehicle can be thought of as a ‘space tug’, as it deploys from a rocket after launch to carry up to six different satellites into their desired orbit. As with any spacecraft it needs power, and AAC Clyde Space’s solar panel will provide this.

“We are delighted to have been chosen by Moog to develop and manufacture the solar panel for their part of the UK Spaceflight Programme. The SL-OMV will be a game changer for small satellites and will enable the upcoming UK launchers to deploy the complex mega constellations that AAC Clyde Space and others are developing right now,” said AAC Clyde Space CEO Luis Gomes.

Moog has been designing and manufacturing components and systems for satellites and launch vehicles for more than 60 years. It recently increased the capacity of its Reading facility to accommodate the development of an Orbital Manoeuvring Vehicle (OMV), which will be launched from the UK. 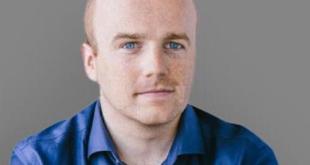