The International Space Exploration Coordination Group (ISECG), which has recently released its annual report, is an international forum for promoting coordinated efforts toward human and robotic space exploration on and around the Moon and Mars.

The Luxembourg Space Agency, which heads the SpaceResources.lu initiative, is proud to join this group of highly influential agencies and aiding in the development of a well thought out, unified approach to space resource exploration and utilisation.

Last month, senior managers representing 17 international space agencies, including for the first time the Luxembourg Space Agency (LSA), gathered virtually for a meeting of the ISECG. Top of the agenda was an updated scenario for Lunar exploration, which takes into account the newest agency plans.

Agencies also noted the growing number of private sector initiatives and proposals for commercial activities in the lunar environment. These represent a significant contribution towards sustainable lunar activities in the future.

In the coming years, space resources are set to generate attractive economic, scientific and social opportunities. Luxembourg is committed to supporting and nurturing the growing commercial space industry and contributing to the peaceful exploration and sustainable utilisation of resources from celestial bodies. 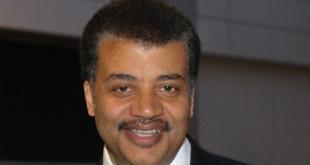