SEAKR Engineering announced on 23 March 2020 that it has been selected to join Lockheed Martin’s team to help design and build a prototype payload for the U.S. Space Force’s Protected Tactical Satellite Communications (SATCOM), or PTS, program.

PTS is a next-generation capability connecting warfighters with more agile and jam-resistant SATCOM. The complete system will deploy a constellation of dedicated geostationary satellites, commercially hosted payloads, and coalition partner satellites integrated through a ground control network to provide U.S. and coalition forces protected communications in a data hungry battlespace. For PTS, the government is seeking to harness the innovation of partnerships between traditional defense and non-traditional/small business contractors.

PTS continues SEAKR and Lockheed Martin’s strong relationship from their work on the first commercial protected communications payload on the Hellas Sat-4/SaudiGeoSat-1 (HS-4/SGS-1) program and highlights SEAKR’s past success resulting in 120 delivered digital communications processors, routers and payload controllers. Lockheed Martin has developed and built more than 300 payloads for a variety of missions, and has more than 50 years of experience as a payload integrator, developing cutting-edge technologies supporting our nation’s critical missions. 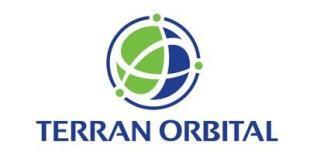