Bahrain’s National Space Science Agency (NSSA) issued a Request for Tenders on 18 February 2020 for a 3U CubeSat, a basic ground station, and the satellite’s launch. The closing date for the submission of tenders is 25 March 2020.

The requirement stated in the tender is to “devise comprehensive programs to embrace and develop activities related to space science, research and related studies. The overall objective is to get Bahrain Space Team involved and familiarized with all aspects in the design, development, integration, testing and the assembly of a Nanosatellite technology.”

This requirement implies that any tender submitted will likely have to include provisions for training of Bahraini engineers as well as possibly technology transfer.

Bahrain’s space ambitions have been subject to bureaucratic changes. At its inception in 2014 the NSSA was under the Ministry of Education and some time later it was moved under the Ministry of Defense. In 2018, it came under the Ministry of Transportation and Telecommunications. While regional press reports had suggested that the small Arabian Gulf kingdom would launch its first science and research satellite in 2019 the NSSA has stayed relatively quiet – in public, at least.

It is understood, for example, that Bahraini engineers have recently undergone training and education in satellite engineering at the Yahsat Space Laboratory located at Khalifa University in Abu Dhabi, the capital city of the United Arab Emirates. The training and education of the Bahraini space contingent at the Yahsat Space Laboratory was carried out under the auspices of a Declaration of Principles signed between Bahrain and the UAE in November 2018.

In other, related, news, Bahraini news media reports that the kingdom’s cabinet approved in late February 2020 a Memorandum of Understanding (MoU) with the Russian state space corporation Roscosmos that will promote collaboration between the two countries in space exploration and promoting the peaceful uses of outer space, as well as cooperation in developing space technologies and space science research.

Russia has been in discussions for the past few years with Bahrain about selecting, training, and launching to the International Space Station (ISS) a Bahraini astronaut. Roscosmos has been in similar talks with Saudi Arabia, and in late 2019 launched Hazza Al Mansouri, the first Emirati astronaut, to the ISS.

There have even been rumours that Roscosmos is mulling the opening of a Gulf Cooperation Council (GCC) representative office in Manama, the capital city of Bahrain.

Bahrain’s NSSA was established in April 2014. 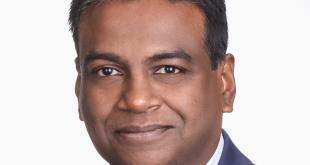