#SpaceWatchGL Op’ed: Update on UN efforts on the Prevention of an Arms Race in Outer Space

There is widespread concern about the prospect of space becoming militarised and it is a critical issue on the United Nation’s agenda. In this exclusive article, Daniel Porras, Space Security Fellow, United Nations Institute for Disarmament Research, gives an update on the efforts of the UN to prevent an arms race in outer space.

Later this year, a UN Group of Governmental Experts will be meeting “to consider and make recommendations on substantial elements of an international legally binding instrument on the prevention of an arms race, including, inter alia, on the prevention of the placement of weapons in outer space.” [2] This will be the latest in a series of meetings of UN Member States trying to address the Prevention of an Arms Race in Outer Space (PAROS), a long-standing agenda item that has faced considerable political challenges in the past. Three other groups will be looking at this issue as well. Today, rapid growth in the number and types of activities being carried out in outer space has provided new impetus for States to address space security challenges, particularly the possible spread of conflict into the space domain. With four separate bodies addressing various aspects of this topic, it is hoped that some progress will finally be made.

PAROS has been an agenda item for the international community for nearly forty years. It first emerged in the UN General Assembly (UNGA) in the early 1980s as a result of growing concerns that existing space powers were developing capabilities to target and destroy objects in outer space. [3] Even from the outset, States were divided on their approach to achieving this objective. One group of States has long-advocated adoption of an international, legally binding instrument as the most effective means of ensuring that outer space remain exclusively for peaceful purposes. The Russian and Chinese Governments have put forth a draft treaty on the Prevention of the Placement of Weapons in Outer Space (PPWT) which seeks to achieve exactly this. However, another group of States, led by the US, has rejected this draft treaty on the grounds that it is not verifiable and it does not ban ground-based weapons that target space objects, like ballistic missile interceptors. [4] This second group of States advocate the adoption of transparency and confidence-building measures (TCBMs), non-legally binding political commitments that can help build trust and confidence among State actors. In the absence of a treaty, TCBMs can be useful in preventing misperceptions or misinterpretations of actions that could lead to an escalation in geopolitical tensions. While some advocates of a treaty see a role for such TCBMs as a first step towards a legally binding instrument, others see TCBMs as an end in and of themselves. The challenge for the new UN bodies discussing PAROS is to find common ground between those positions.

The Conference on Disarmament (CD) is the single multilateral disarmament negotiating forum of the international community, meeting regularly in Geneva. The CD’s agenda seeks to address several multilateral arms control and disarmament problems, including nuclear disarmament and PAROS. Yet progress on addressing PAROS has encountered great difficulty, not least of all because the CD is unable to agree on a programme of work, preventing it from advancing any of its agenda items. However, in February 2018, the CD took the extraordinary step of establishing five Subsidiary Bodies to look at each individual agenda item and to make recommendations about ways forward, particularly on the areas of common interests, areas of agreement, and effective measures. [5] Subsidiary Body 3, on PAROS, has already met for six sessions of work over the course of May and June 2018, and will hold a final meeting in August 2018, with a view towards submitting a report to the CD plenary. It is anticipated that this report will shed some light on areas of common interests on which States might be able to agree, though the pre-existing political challenges facing the CD will be waiting once all the reports have been made.

In addition to the CD, disarmament issues are also discussed within the First Committee of the UN General Assembly, which deals with disarmament, global challenges and threats to peace. Last year, a Resolution made its way through the First Committee and General Assembly on “Further practical measures for the prevention of an arms race in outer space Statement of financial implications”. [6] This Resolution urged the Secretary-General to establish a Group of Governmental Experts (GGE)—made up of 25 Member States from all over the world—” to consider and make recommendations on substantial elements of an international legally binding instrument on the prevention of an arms race in outer space, including, inter alia, on the prevention of the placement of weapons in outer space”. The mandate of this body is much narrower in that the topic of discussion is specifically a legally binding instrument and not other political alternatives. This group will be meeting for two two-week sessions, one later in 2018 and again in early 2019. The Chair of the GGE will issue a report to the UN Secretary-General some time in 2019.

The UN also has a Disarmament Commission (UNDC), a deliberative body that meets for three weeks each Spring in New York to consider specific agenda items in greater depth. Agenda items are typically discussed over a three-year cycle. Starting in 2015, the UNDC began looking at means of practically implementing TCBMs. In particular, the UNDC Working Group has been using a list of recommended TCBMs issued by another GGE on outer space TCBMs in 2013. [7] The UNDC considered this topic throughout their cycle of 2015-2017 and have renewed the item for the next cycle as well.

UN Committee on the Peaceful Uses of Outer Space

The most tangible positive contribution to space stability in recent times occurred in the UN Committee on the Peaceful Uses of Outer Space (COPUOS), rather than in disarmament forums. There, Guidelines on the Long-Term Sustainability of Outer Space Activities (LTS) are being developed as a means of establishing best practices in space. [8] These guidelines address a variety of aspects of space activities, including sustainable space utilization, space debris mitigation, space operations, and tools to support collaborative space situational awareness. The LTS will have some impact on the way all activities are carried out but they do not speak directly to the dangers of a growing arms race in outer space, nor do they provide a clear limitation on the purposeful creation of debris through ASAT testing. The Working Group on LTS has declined to address the issue of self-defence in any of the guidelines so far adopted.

The aims of each of these UN bodies generally overlap: to ensure the viability of space for peaceful activities. Each of the groups discussed above is approaching space safety and security from different angles in the hopes that a viable approach to ensuring long-term sustainability in space will be found, particularly on the issues most closely linked to PAROS. In particular, UN Member States will have two distinct approaches before them: TCBMs versus a legally-binding instrument. The challenge for members of these bodies will be to find a way to bring the two together in a way that meaningfully enhances security for space activities. Whether working in parallel or in sequence, it will be vital that that the distinct UN bodies coordinate so that efforts will not be duplicated or, worse, result in contradictory solutions.

[1] The views expressed here are those of the author and do not necessarily reflect the views of UNIDIR or the UN.

[7] Report of the Group of Governmental Experts on Transparency and Confidence-Building Measures in Outer Space Activities, A/68/189, June 2013, https://www.stimson.org/sites/default/files/file-attachments/GGE_July_2013_1.pdf. 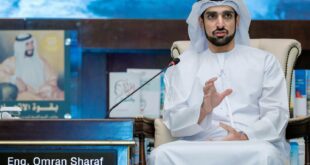 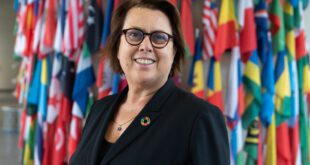 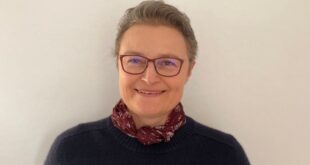