Malaysia Seeking Satellites From Japan, According to Japanese Diplomat

In another sign of growing Japanese strategic influence in Southeast Asia, a senior Japanese official has revealed that Malaysia is seeking satellite and other strategic technologies from the Japanese government and industry.

Makio Miyagawa, Japan’s Ambassador to Malaysia, made the revelation to reporters after the two governments signed a defence equipment agreement in Kuala Lumpur on 18 April 2018 that will allow for the transfer of Japanese defence equipment and know-how.

According to Ambassador Miyagawa, Malaysia is interested in acquiring maritime surveillance aircraft, naval vessels, radar and communications equipment, and satellites over the coming years.

As China, Japan, India, and South Korea compete for influence across the Indo-Pacific region through large infrastructure projects and investments, human and technical capacity-building assistance, and geopolitical clout, space is becoming a useful vehicle for these countries in achieving their geopolitical and economic ambitions.

Japan has been quietly exerting its space influence in recent years among the member states of the Association of South East Asian Nations (ASEAN) and beyond in countries such as Sri Lanka and Kenya – countries where China, through its Belt and Road Initiative (BRI), and India with its neighbourhood policies – also vie for influence.

Yet where China and India seem to favour large multilateral space projects, or push private companies to increase market share in satellite applications in weaker countries, Japan has quietly been building a network of bilateral space relationships through overseas development aid and through a number of Japanese universities. This network has been building human capacity, providing technology transfer, launch services, and actual satellites to a growing number of ASEAN countries, to include Malaysia.

The Japanese defence equipment agreement with Malaysia is the second such deal that Tokyo has come to with a Southeast Asian country, the first being that with the Philippines made in 2016. 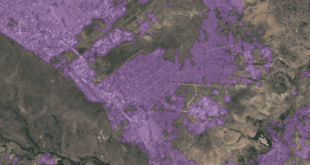