Turkey is to build new satellites for its near neighbour Azerbaijan once its current satellites in orbit reach the end of their operational lifetimes.

Azerbaijan currently operates its Azersky and Azerspace-1 satellites in both low-earth and geostationary orbits (160-2,000 kilometres altitude and 36,000 kilometres altitude respectively). Azersky is an earth observation satellite with two metres resolution, and was built by Airbus Defence and Space and launched in June 2014. The satellite was originally owned by Airbus as one of its Satellite Probatoire de l’Observation de la Terre (SPOT) satellites, in this case SPOT-7. In December 2014 Airbus sold SPOT-7 to Azercosmos, along with access to SPOT-6, Pléiades HR-1 and HR-2 high-resolution optical earth observation satellites, and the TerraSar-X and TanDEM-X high-resolution radar imaging satellites. Azercosmos renamed the SPOT-7 satellite Azersky.

Azerspace-1 is a communications satellite in geostationary orbit operated by Azercosmos. Azerspace-1 was built by the U.S. company Orbital Sciences Corporation (now Orbital ATK) and launched in 2013.

The Turkish Minister of Transport, Maritime Affairs, and Communication, Ahmet Arslan, told Azerbaijani news outlet Trend News Agency that the Turkish Aerospace Industry (TAI) company is prepared to build the replacements of Azersky and Azerspace-1 when they are ready to be replaced. Minister Arslan said that TAI owns and operates a centre for testing and integration of space systems (USET) capable of building these satellites.

“Work on the creation of the first indigenous satellite is currently underway in the centre. In this regard, USET experts can assemble communication satellites and spacecrafts for exploring the Earth for Azerbaijan,” said Minister Arslan to Trend News Agency, and referring to Göktürk-3, the indigenously built high-resolution military reconnaissance satellite.

Minister Arslan also said that Azerbaijan will have access to the earth observation data collected by Göktürk-2, an electro-optical high-resolution military reconnaissance satellite launched in 2012.

The Turkish offer assumes that USET will have the experience and capacity to build replacement satellites for Azerbaijan that are at least as good as the satellites that Azercosmos currently operate.

Share
Previous When I grow up, I want to be an astronaut too…why Iran and NASA will not be cooperating anytime soon
Next Airbus offers WorldDEM – first global Digital Elevation Model 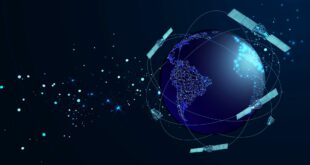 Global satellite communications firm, GapSat has newly acquired British consulting firm, QBX. This move will expand the frequency range at which they will be able to operate.