Remember Iran’s potential as a significant regional player in space? So do we, but as ThorGroup’s Chairman Dr. John B. Sheldon points out, that potential will mean nothing without significant economic and political reform from Tehran. So far, though, there is little sign that much-needed reform is in the offing and Iran’s space programme is going to suffer for it.

Since the implementation of the P5+1 and Iranian Joint Comprehensive Plan of Action (JCPOA) and the gradual lifting of sanctions against Tehran, there has been great anticipation about a surge in Iranian economic growth, and as a result, similar expectations for Iran’s space programme.

With the JCPOA now in effect for over a year, important elections in Iran earlier in February and April 2016, and a torrent of announcements of satellite plans from Iran’s space agency, what can be said about the prospect of Iran becoming a regional space power?

The answer is not a lot.

So far the economic, and therefore space, promise of Iran has failed to materialise. Many in Tehran would point out that this is because the United States has failed to lift key sanctions, especially in the banking sector. While there has certainly been confusion (at best) about certain sanctions being lifted, the real culprit for the disappointing lack of progress lays in Iran itself and its divisive politics.

While many in the West believe that President Hassan Rouhani and his fellow reformists received a popular mandate in the recent Iranian elections to undertake significant economic and legal reforms, the reality is that political hardliners from the Islamic Revolutionary Guard Corps (IRGC) and the Basij not only doctored the election results to ensure that they maintained significant sway, but have also managed over the years to control significant aspects of Iran’s economy. Indeed, such is their stranglehold on everything from the telecommunications through to the construction sectors that they have so far successfully thwarted any attempt to deregulate and reform Iran’s economy.

To compound this, these same hardliners (led by Supreme Leader Khameini) still subscribe – to the point of it becoming a fetish – to the idea that Iran is a ‘Resistance Economy’ that must become self-reliant in all areas possible and substitute imported goods and services with locally produced ones. With the lifting of sanctions, however, there are no good economic reasons to persist with the ‘Resistance Economy’ initiative. Instead, the ‘Resistance Economy’ is now a political excuse to resist economic reform and keep Iran’s economic crown jewels in the grasp of the IRGC and other hardline elements.

Nothing illustrates more the squalid results of the ‘Resistance Economy’ and its real political rationale than Iran’s recently launched National Information Network (NIN), also known as the ‘Halal’ Internet. For years now, especially since the emergence of Iran’s Green Movement in 2009, authorities in Tehran have sought to block what they view as malignant Western cultural influence through the Internet. In order to overcome this Iran has created the NIN and substituted global brands like Facebook and Twitter with inferior knockoffs that are really tools for repressive political surveillance and control. Ultimately, the NIN – despite Tehran’s rhetoric to the contrary – will further isolate Iranians from the outside world and compound its economic woes.

The same goes for Iran’s space programme. Rather than becoming a sector where Iran’s undoubtedly talented youth and entrepreneurial spirit can thrive, it is destined to become a sleepy and irrelevant enterprise that serves craven political aims through the indigenous development of has-been technologies. Rather than something that can harness the dreams and hopes of the Iranian people, the Iranian space programme is in great danger of becoming nothing more than an ongoing propaganda tool, and an unconvincing one at that.

Of course, it’s not too late for positive change. The winds of political opportunity change constantly, and perhaps President Rouhani and other reformist elements in Iran might be able to change the political calculus, and therefore the economic one, to their advantage. In which case, much needed economic reform might yet see Iranian talent thrive in the space and information communication technology sectors, and change the political and economic dynamics and trajectory of Iran itself.

On the other hand, though, political fortune does not always favour the bold, and Iranian reformists may find themselves even further on the back foot as hardliners gain more influence and control in Tehran.

For now, however, Iran finds itself embroiled in a political and economic struggle between two powerful factions, and the future its space programme and the wider economy is a hostage in that struggle for power.

A senior executive from a large Western satellite manufacturer told me recently that the satellite industry needs a credibility index of countries looking to acquire space systems. Should such an index exist today it would be certain that Iran’s credibility as a spacepower is hovering not far above junk status. 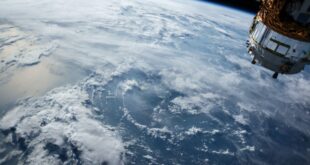 #SpaceWatchGL Opinion: What is Space Arbitration?

Until recently, only a few States were able to access outer space. Since then, however, driven by technological advances, in particular by reusable orbital-class rockets and the resulting reduction in launching costs, more and more private companies have been able to enter the ‘space race’, and we can witness today the emergence of a significant commercial space economy.