According to a report in late February from the Tass news agency, Russia is moving toward signing a contract with Iran to launch an Iranian-built satellite in the next several years.

“We hope to sign the satellite launch contract by the middle of April. If the contract is signed, the launch may take place at the end of 2018,” said Leonid Macridenko, the Head of Russia’s Space Monitoring Systems, Information and Control and Electromechanical Complexes (VNIIEM), according to the Tass report.

During the 12th Russian International Aviation and Space Show (known by its Russian acronym MAKS) held in Moscow in August 2015, Iran and Russia signed a preliminary agreement for building the system. Bonyan Danesh Shargh, an Iranian company, signed with Russian companies NPK BARL and VNIIEM. This agreement maintains that the Russian corporations will help the Iranian firm create a remote-sensing system which can be employed for collecting information about the Earth’s surface, atmosphere and oceans.

According to the agreement, Bonyan Danesh Shargh will be the operating company, NPK BARL will build and adapt the system’s ground infrastructure, and VNIIEM will be responsible for building and launching the satellite with a Russian Soyuz carrier rocket and putting it into the Earth’s orbit.

Iran has successfully sent several indigenous satellites into orbit during the past few years and launched two monkeys into space. Aboard a domestically-developed bio-capsule code-named Pishgam (Pioneer), the first monkey was launched in January 2013. In December of the same year, it sent another monkey, called Fargam (Auspicious), into space before retrieving it to return home safely back to Earth.

The Islamic Republic of Iran is one of the 24 founding members of the United Nations Committee on the Peaceful Uses of Outer Space, which was set up in 1959. 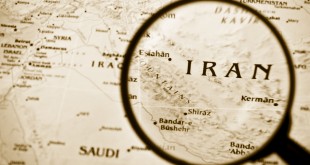 In this German Space Café Radio – Space Café Germany Host Andreas Schepers spoke with Prof. Dr.-Ing. An­ke Kays­ser-Py­zal­la,  Chair of the Ex­ec­u­tive Board of the German Aerospace Center (DLR). The interview was conducted during this year’s ILA Berlin which is the largest aerospace trade show in Germany which took place June 22 – 26.