#SpaceWatchGL Column: The hell of humans in heaven – Debating the risks of space technology and habitation 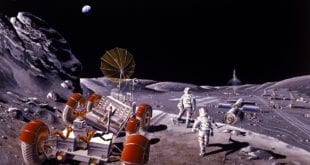 Space technology and the potential habitation of the Solar System is lengthening the list of catastrophic threats posed to humanity, claims Daniel Deudney in his new book Dark Skies: Space Expansionism, Planetary Geopolitics, and the Ends of Humanity. It follows on from his prior arguments about nuclear weapons and a world government in Bounding Power: the threat of nuclear extinction requires systemic political and social change in the way humans govern the world.

END_OF_DOCUMENT_TOKEN_TO_BE_REPLACED 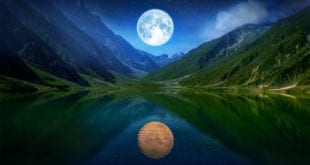 The US National Space Council published a new document on 23rd July 2020 titled ‘'A New Era for Space Exploration and Development’. This is a particularly interesting document as it is not legally binding, a clear policy statement, nor one of the periodical space ‘strategy’ or review documents, yet it may be one of the more useful and revealing statements about a modern American vision for outer space in recent years.

END_OF_DOCUMENT_TOKEN_TO_BE_REPLACED

#SpaceWatchGL Column: Space Is Not A High Ground 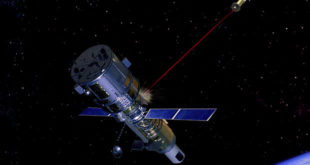 Headlines have again been made by a state testing a direct-ascent anti-satellite (DA-ASAT) weapon system. Russia’s flight test of its Nudol missile technology (which some claim is more for missile defence) falls into a wider and longer-term pattern of DA-ASAT weapons testing and development which has seen the United States, China, and India conduct similar flights over the last 15 years.

END_OF_DOCUMENT_TOKEN_TO_BE_REPLACED 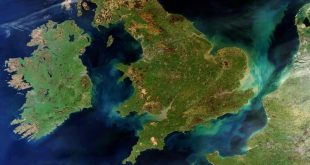 The UK defence policy community is awaiting the 2020 Strategic Defence and Security Review (SDSR) and the National Security Strategy (NSS), which were last produced together in 2015.