Edinburgh, 5 August 2022. – The Committee on Space Research (COSPAR) announced the election of Professor Pascale Ehrenfreund as its new President for the next four years.

Professor Ehrenfreund has a background in astrophysics and biology and has served as Principal Investigator, Co-Investigator, Project Scientist, and Team Leader at ESA and NASA. She has contributed to planetary and astronomy missions and has conducted experiments in low Earth orbit and on the International Space Station as well. She has been a member of the steering group for the US Space Studies Board Decadal Survey in Planetary Science and of the Committee on Human Spaceflight. She has also served on the FP7 Space Advisory Group, and the European Commission’s Horizon2020 Space Advisory Group.

She has been a permanent active COSPAR Associate, and also served as Chair of COSPAR’s Panel on Exploration between 2010-2019. Professor Ehrenfreund is replacing Len Fisk who has served as President since 2014. She will be the first woman to head COSPAR. 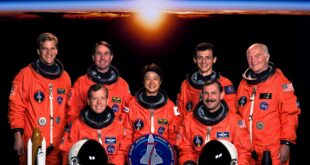 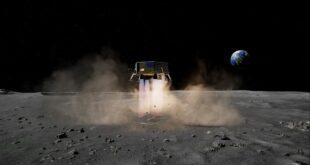 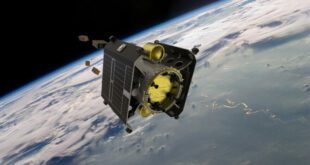 Space logistics company D-Orbit, has canceled plans to go public by merging with special purpose acquisition company Breeze Holdings Acquisition, D-Orbit said. D-Orbit, announced it would trade on the Nasdaq Capital Market under the ticker symbol DOBT after the merger.